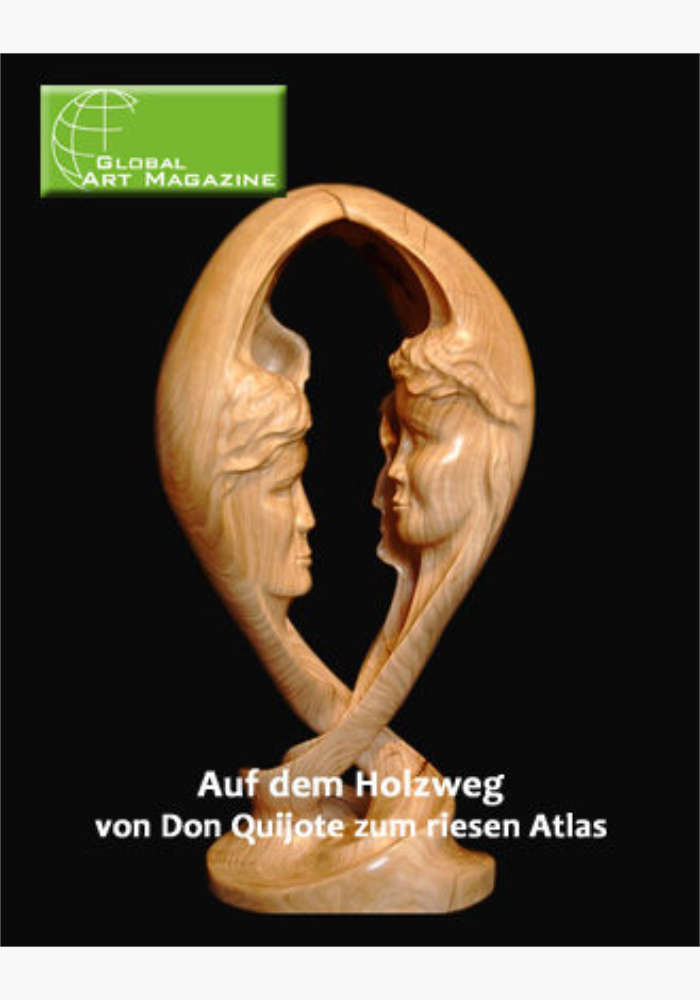 When a distinguished visual artist like Ralph Hübschmann uses wood almost exclusively as the material for his sculptures, he is by no means on the wooden path. According to its original meaning, a wooden path is a path that was cut only to pull wood out of the forest. It has no exit, but only leads deeper and deeper into the undergrowth. No, Ralph Hübschmann is by no means on such a dead end.

On the contrary: by turning to a natural raw material like wood, the artist finds himself in a worldwide trend. It is an increasingly strong counter-movement against globalisation in post-modern art and especially against the use of more and more high-tech and synthetic materials in contemporary sculpture.

Artists like Ralph Hübschmann are not backwoods carvers, they do not want to go back to Biedermeier art, but follow a current of the times that demands a return to nature and – to stay with the metaphor – to the roots of human existence. Since the debate about dying forests, the “brother tree” has become a model for an alternative way of life, which has also found expression in contemporary art since Joseph Beuyss. Everywhere, in North and South America, in the countries of Central Africa or in India, the traditional arts of the peoples, based above all on the processing of wood, are being rediscovered. This development certainly also applies to Germany, where wood sculpture has a history dating back over a thousand years. The wooden altarpieces by Veit Stoß and Tilmann Riemenschneider are among the enduring artistic treasures of all mankind and continue to exert at least an indirect influence on the style of wood artists to this day.

Ralph Hübschmann comes from Thuringia, the densely wooded heartland in the heart of Germany, where carving and woodturning, craftsmanship and artistic woodworking have been cultivated for centuries. In the GDR, however, this art was considered reactionary and ideologically suspect. The “Central House for Cultural Work” in Leipzig was set up specifically to control such endeavours and to imbue them with class-struggle content. Since Christmas angels no longer fitted into the atheist world view, the wood sculptors were instructed to rewrite their corresponding works as “year-end wing dolls”.